Many residents of southeastern Vancouver Island are familiar with the rare Garry oak ecosystems in the region, but not all have witnessed this ecosystem’s spring transformation into a lush wildflower meadow bursting with vibrant purples, yellows, blues, pinks and whites. These ecosystems, of which Mount Tzuhalem Ecological Reserve is an excellent example, are unique and rare in Canada, and known for hosting a high concentration of rare species.

Mount Tzuhalem Ecological Reserve is an 18-hectare parcel of land just four kilometres from Duncan, on the east coast of Vancouver Island. Ecological reserves offer a higher level of protection than regular provincial parks and are created to preserve an area while also allowing research and educational activities to continue. Mount Tzuhalem was created to protected a representative portion of the Garry oak wildflower meadow. 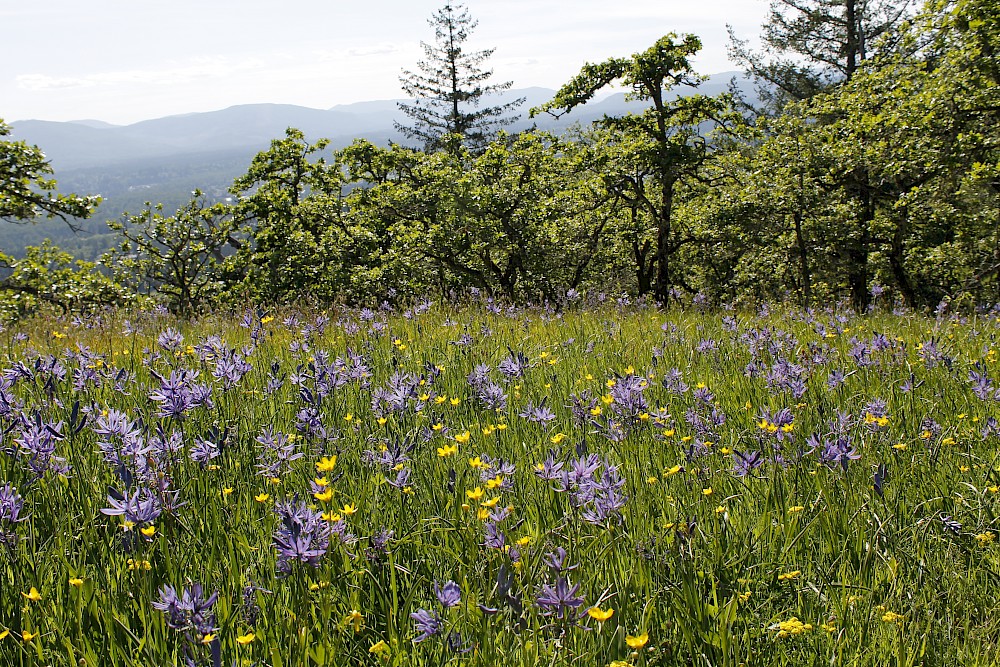 This small Ecological Reserve is open to the public for uses that don’t disturb the sensitive ecosystem, such as nature appreciation, photography, and bird-watching. It is accessible from Mount Tzouhalem Parking Lot on Kaspa Road, used for accessing the nearby trails popular for mountain biking. There may not be any signs pointing towards the Ecological Reserve itself; however, with a map showing its location and by following the trails in that direction you should reach a gate that provides access into the Reserve. Remember to stay on the trails and watch your footing — this area is home to fragile species!

A great time of year to visit is when the wildflowers are in full bloom, usually in April and May. On a sunny spring afternoon, the entire Ecological Reserve is buzzing with insects pollinating the abundant colourful flowers, from the purple camas, to the pink sea blush and yellow buttercups. 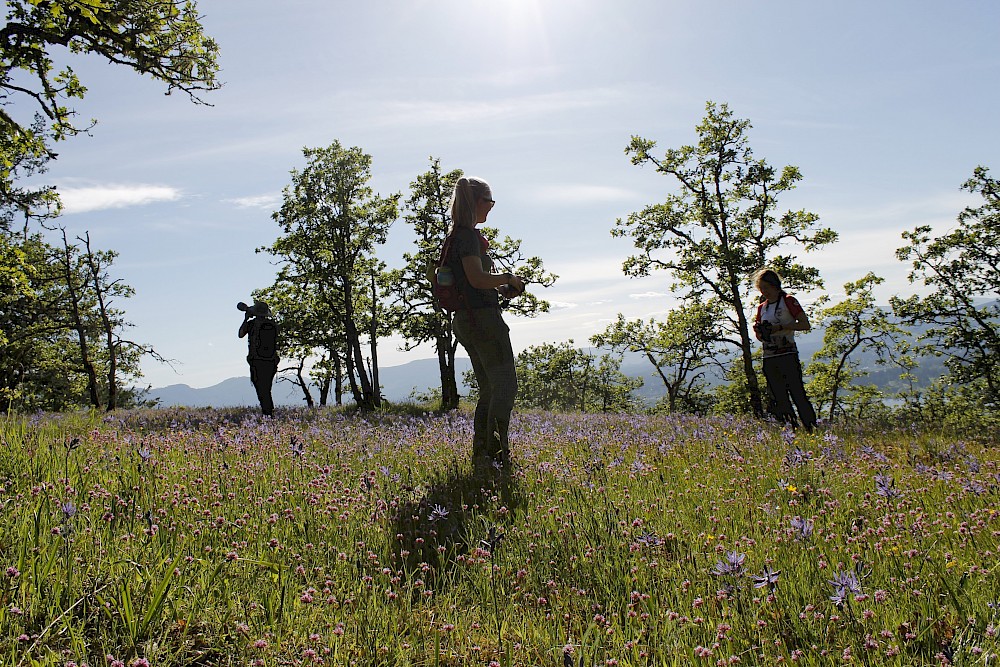 Mount Tzuhalem Ecological Reserve is also a camas harvesting site and, like many other Garry oak meadows on southern Vancouver Island, was traditionally burned by the Vancouver Island Coast Salish First Nations.

When you visit this special spot don’t forget to document the species you find on iNaturalist, and keep an eye out for the rare deltoid balsamroot (Balsamorhiza deltoidea)! You can also visit the project page to browse over 150 observations already made within this Ecological Reserve. 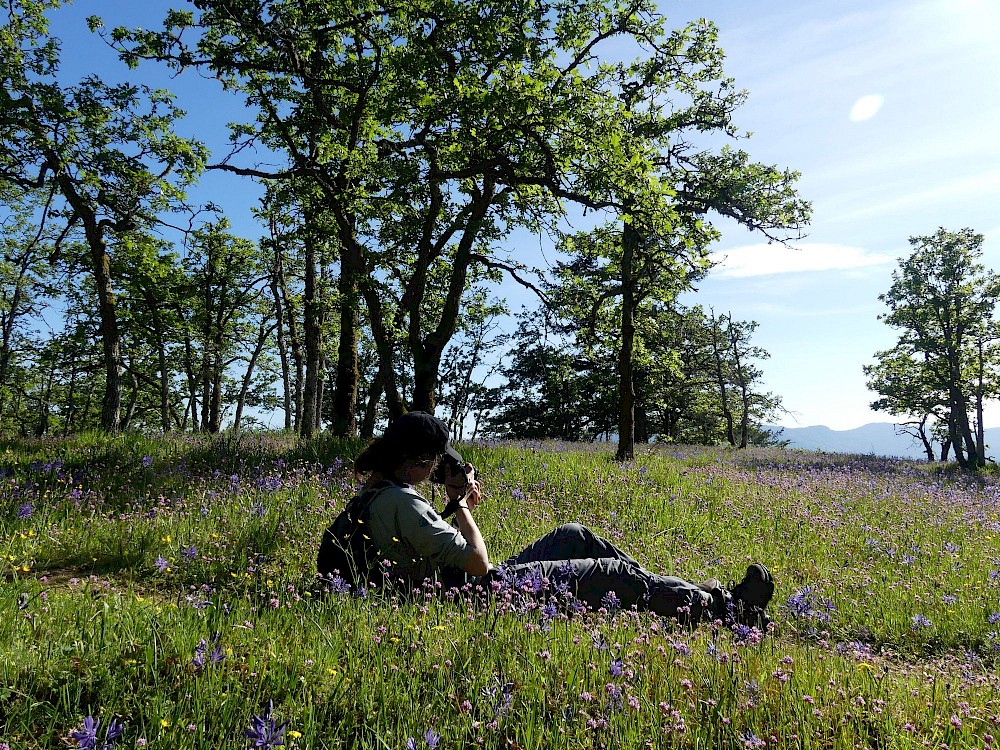 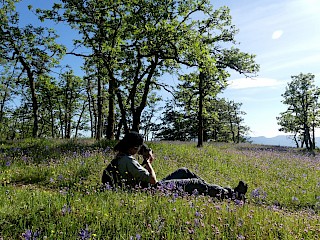 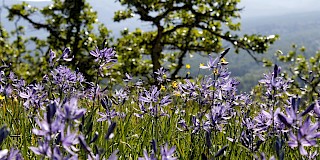 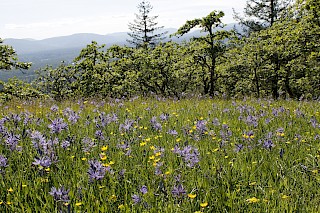 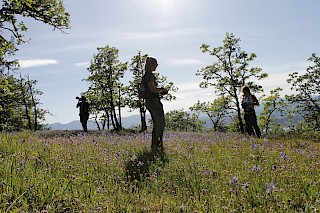