January 2, 2020
by Colleen Dunbar in Fundraisers 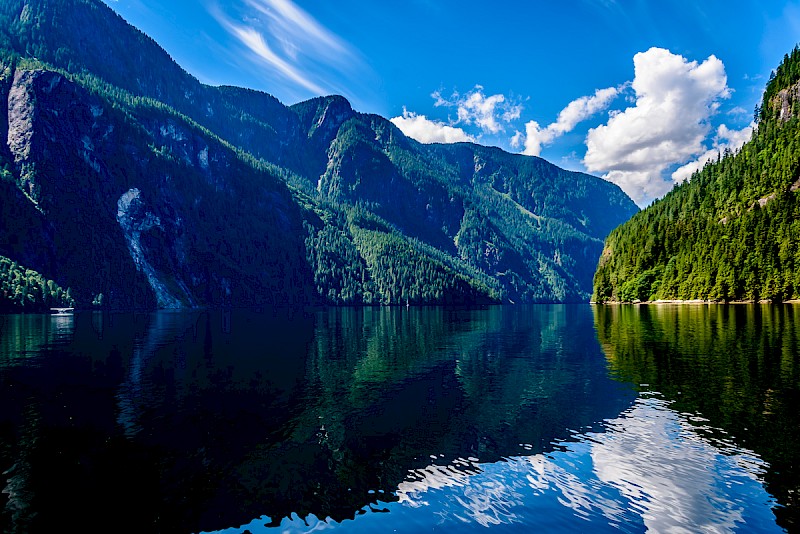 At the end of last year, three lots of pristine land within Princess Louisa Inlet, a pristine jewel on B.C.’s Sunshine Coast, went up for sale. The BC Parks Foundation, a newly formed charity, secured an exclusive purchase agreement with the vendor in May to keep them from being logged, but only had a few months to raise the $3 million price tag. They reached out to British Columbians and visitors to see if they could crowdsource the funds.

As of today, September 3rd, the BC Parks Foundation is thrilled to announce the closing of the sale. British Columbians and park supporters from around the world have successfully protected over 800 hectares of land in Princess Louisa Inlet, together.

“Since we first publicly announced this campaign in June, the overwhelming support we received has been nothing short of astounding,” said Dr. Andrew Day, Chief Executive Officer, BC Parks Foundation. “We knew locals and visitors alike are passionate about our beautiful province and its special places. But we had no idea about the amount of altruism and kind-heartedness that would come our way from so many different quarters. This level of donation has never happened before with a land acquisition for parks. We cannot say thank you enough to those who have contributed. Your love for British Columbia and beautiful places like Princess Louisa Inlet has done something miraculous.”

Only a small percentage of all donations from Canadians go to support environmental charities and causes. However, more than 1,000 individual donors, foundations, societies, companies and groups together contributed $3 million to protecting this part of Princess Louisa Inlet. Donors from all corners of British Columbia, across Canada and as far away as Germany and Japan showed a collective devotion to keeping British Columbia beautiful.

“Elementary school students, Baden-Powell guilds and local companies held their own fundraisers on our behalf,” continued Day. “Passionate donors contacted their local media outlets. Travellers phoned and emailed us to tell their personal stories about enchanting trips to the inlet. People and organizations helped in any way they could. The philanthropy and passion were very inspiring.”

The Foundation’s goal in this endeavor is to acquire the land from the private buyer, then transfer the land to BC Parks for conversion into a Class A Provincial Park or equivalent protection.

“We look forward to discussions with the Sechelt Nation, BC Parks and other partners as we move forward,” said Day.

The land that the Foundation has purchased includes 800 hectares of roadless, undeveloped watershed and 4.5 kilometers of waterfront along the south side of the inlet. The area is home to grizzly bears, mountain goats, eagles and at least one threatened bird species, lichen and moss communities, marine life, and much more. It also has important historical and cultural significance to the Sechelt First Nation.

For more information on the BC Parks Foundation’s campaign to save Princess Louisa Inlet, visit bcparksfoundation.ca/princess-louisa-inlet.

Founded in 2018, the BC Parks Foundation is a private foundation on an expedition to create the best parks system in the world. Along with residents, visitors and other organizations, the Foundation is protecting, enhancing and sustaining BC’s incredible parks, while inspiring and connecting people to them. As official charitable partner of BC Parks, the Foundation works collaboratively with government to achieve success but remains an independent charity. Learn more at bcparksfoundation.ca.

BC's parks are quite simply wonders. They are places of majesty and beauty. They are gathering places for families and communities. They are engines of our economy in attracting millions of tourists to our province. And they are sanctuaries to millions of plants and animals, creating the biodiversity that gives British Columbians the clean air and clean water so vital to our healthy existence.