Visitors can now use their phones to become citizen scientists in B.C.’s parks

January 1, 2020
by BC Parks Foundation in Programs 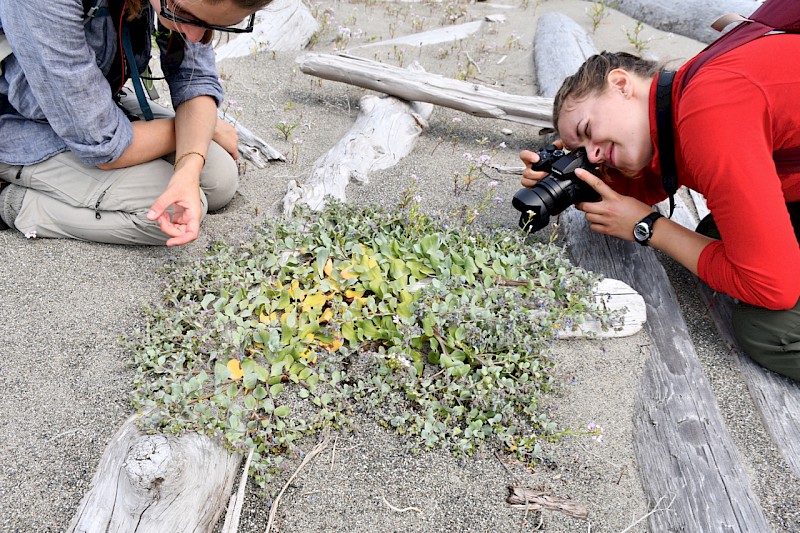 British Columbians are called to become citizen scientists each time they visit a BC park or protected area this summer. Through the BC Parks iNaturalist project, park visitors are now able to identify and add their observations through the iNaturalist mobile phone app. The BC Parks Foundation, BC Parks, University of Victoria and Simon Fraser University have partnered on the project, ensuring findings submitted by participants will help protect and enhance parks.

Citizen scientists around the world use iNaturalist to crowdsource species observations. A community of keen citizen scientists called “identifiers” then confirm the identity of species that have been documented and help correct any errors and ensure as many observations are research grade as possible.

Together, park visitors can build an impressive and accurate picture of the biodiversity in British Columbia.

“iNaturalist serves as your very own personal nature interpreter – you take a photo on your phone, have the app scan the photo with its powerful artificial intelligence, and it will suggest a species ID for you,” said UVic’s Dr. Brian Starzomski, project co-lead. “Even better, you become a citizen scientist when you upload your observation to iNaturalist, where it will be automatically added to the BC Parks project, creating a massive new inventory of biodiversity information for all British Columbians,” he notes.

With support from the BC Parks Living Lab Program, the app was in use to gather species information in B.C.’s parks in a very short amount of time. So far, the results have been astounding. Within the BC Parks iNaturalist project, more than 67,000 observations of over 4,200 species have been catalogued by over 1,600 observers. In addition to park visitors, three teams of researchers are conducting “bioblitzes” – intensive surveys of all types of species they encounter – in some of B.C.’s most spectacular parks. This summer alone, the teams have recorded more than 25,000 observations of over 1,800 species through iNaturalist.

Simon Fraser University’s project co-lead Dr. John Reynolds notes, “we’ve been delighted by the early success with this project, as school groups and local communities have been participating and having a lot of fun doing it.”

British Columbia is an important part of the world. The province has some of the planet’s most important and largest protected areas, along with a greater diversity of life than anywhere else in Canada. The information will allow researchers to develop a deeper understanding of what parks in B.C. are protecting and ultimately inform management decisions that will enhance the integrity of these protected areas for generations to come.

But the work is far from done. The next step is to get the word out, so more park visitors use the app and contribute observations.

“It’s through the power of numbers that we will build a new understanding of what is out there and how it is changing in the face of climate change and other pressures,” says Dr. Andrew Day, Chief Executive Officer, BC Parks Foundation.  “That’s why we are putting a call out to all British Columbians and visitors to use this fun, easy and effective tool. Every visitor makes a difference by adding a piece of the puzzle, and soon we can see the picture."

Founded in 2018, the BC Parks Foundation is an independent foundation on an expedition to create the best parks system in the world. Along with residents, visitors and other organizations, the Foundation is protecting, enhancing and sustaining B.C.’s incredible parks, while inspiring and connecting people to them. As official charitable partner of BC Parks, the Foundation works collaboratively with government to achieve success but remains an independent charity.

About the BC Parks Living Lab Program

The BC Parks Living Lab Program promotes the province’s protected areas as places to learn about the impacts of climate change, how to mitigate and manage those impacts, and share information between academics and practitioners. For more information on the Living Lab Program and the criteria for funding applications, visit: http://www.env.gov.bc.ca/bcparks/partnerships/living-labs/.