10 of the Spookiest Species in B.C. | BC Parks Foundation

October 16, 2019
by BC Parks Foundation in Protecting Parks , Wildlife Forever 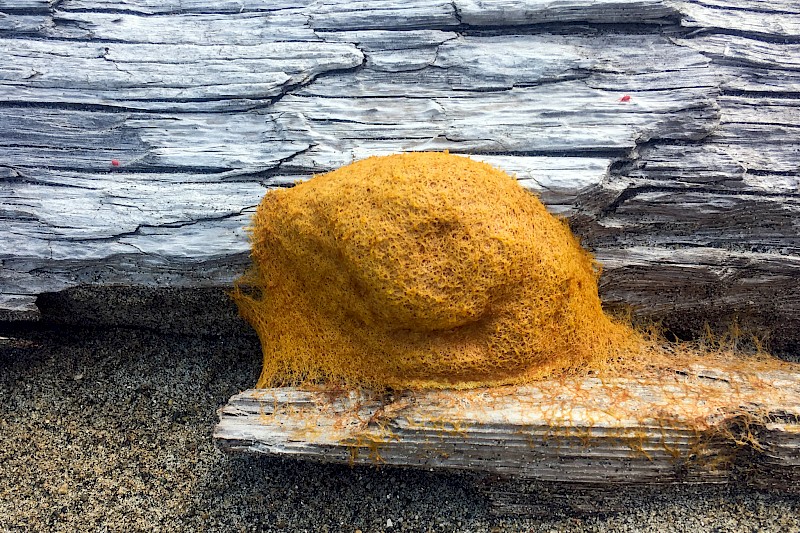 Around October we start to celebrate bright fall leaves, sweaters, pumpkin everything — and leading up to Halloween, all things creepy crawly. In honour of this spooky time of year, we’ve rounded up some of the strangest, grossest, and most Halloween-y species found in B.C.’s provincial parks and protected areas. 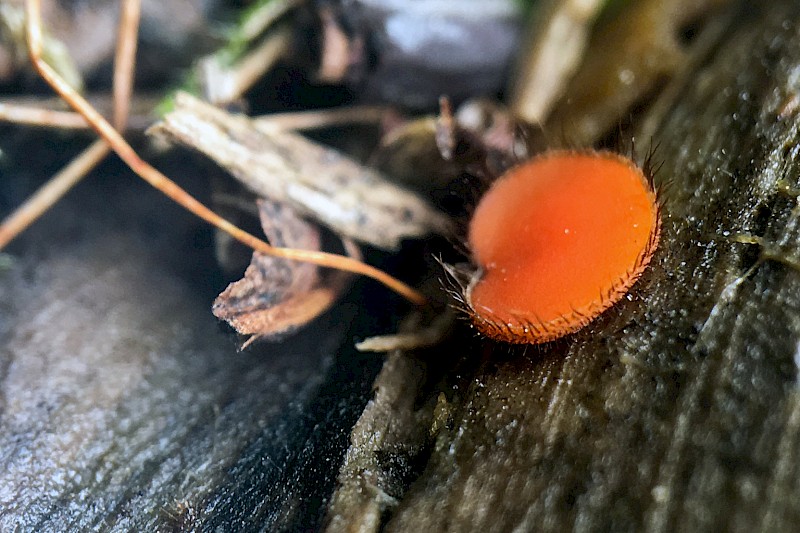 The name might sound innocent enough, but the dark eyelash-like hairs ringing this bright orange cup fungus gives it the undeniably unnerving appearance of sightless eyes growing out of rotten wood. There are a few very similar Scutellinia species in B.C.; some expertise and a microscope may be needed to tell them apart. Look for these creepy eyes on dead wood and nearby soil from spring to fall. 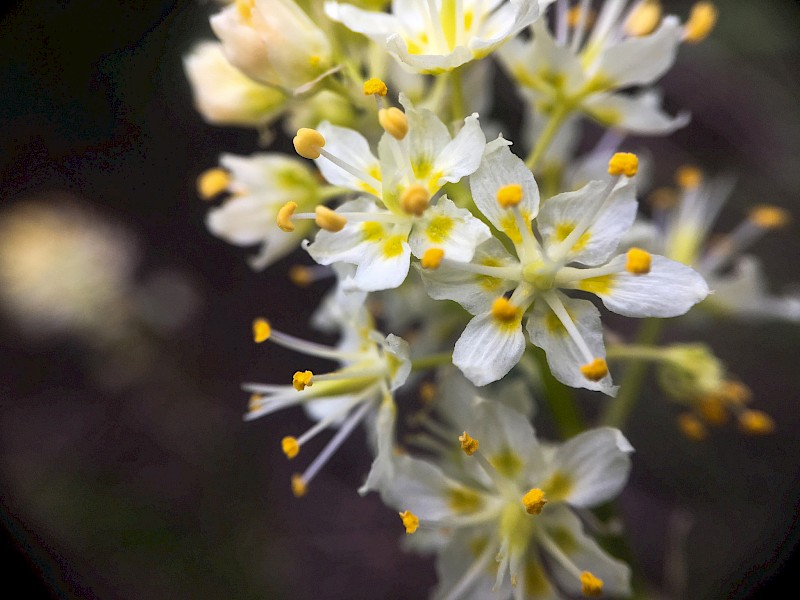 This lovely lily is deceptively sweet-looking: it is deadly poisonous. When not in flower, the bulbs and leaves could be easily confused with those of common or great camas (Camassia species), two root food plants of great cultural importance to the Coast Salish First Nations. Even its scientific name, Toxicoscordion venenosum, warns of this cheery-looking wildflower’s dangerous nature. You can find it in open habitats in southern B.C. 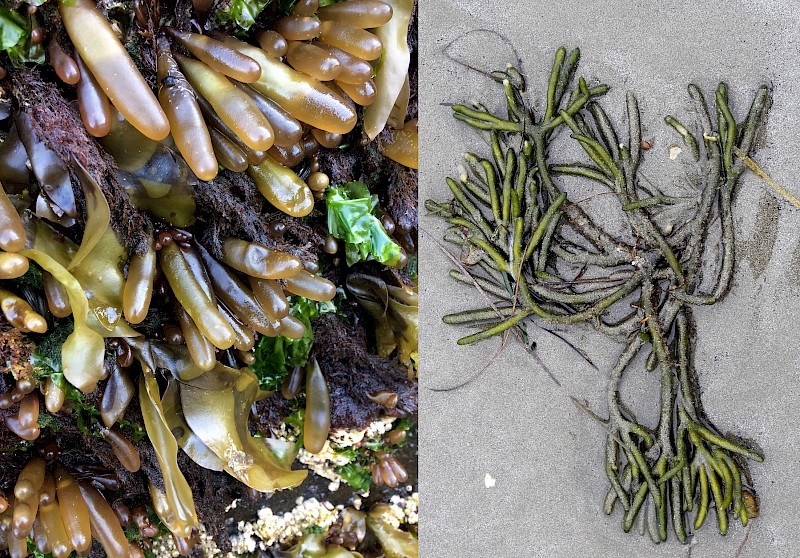 At least two seaweeds found along shorelines in the Pacific Northwest have been granted this unsettling name. It doesn’t take much imagination to see the waterlogged digits of a shipwrecked pirate in either the hand-like form of the green seaweed, Codium fragile, or the inflated “fingers” of the red seaweed, Halosaccion glandiforme. Look for both seaweeds in the intertidal zone on rocky marine shorelines, such as Haida Gwaii.

These whitish wisps of lichen can be found hanging from the branches of conifer trees like accidental snags of hair left by woodsy witches. Like this example, found on Haida Gwaii, witch’s hair grows best in open and wet forests where enough moisture and sunlight can reach and nourish lichen-festooned branches. These requirements make old growth forests especially important habitat for hanging hair lichens like witch’s hair and the similar old man’s beard (Usnea longissima) 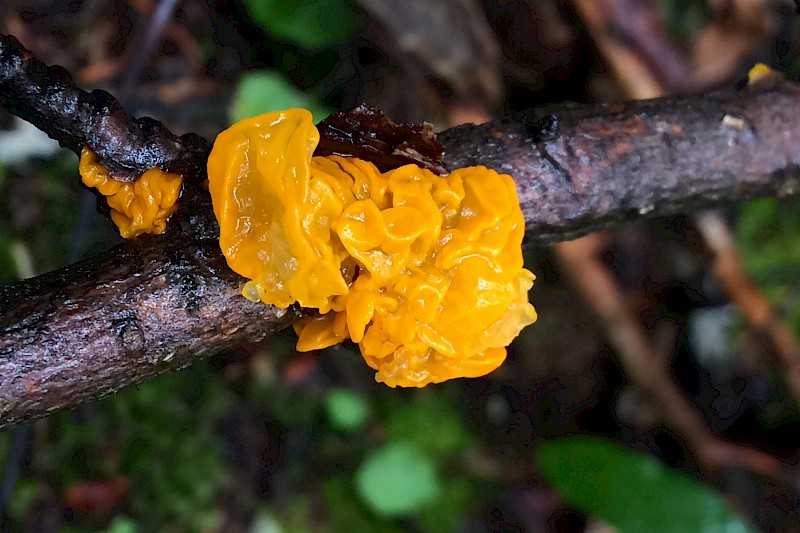 Known either as witch’s butter or yellow brain, it’s easy to see how this squishy, slimy, greasy-looking fungus earned both common English names: some examples look like miniature gelatinous brains, while others look like magically glowing clumps of lumpy butter. This fungus grows on dead deciduous wood year-round and is hard to misidentify except for one lookalike: the similar orange jelly spot fungus (Dacrymyces chrysospermus) grows on dead conifer wood. 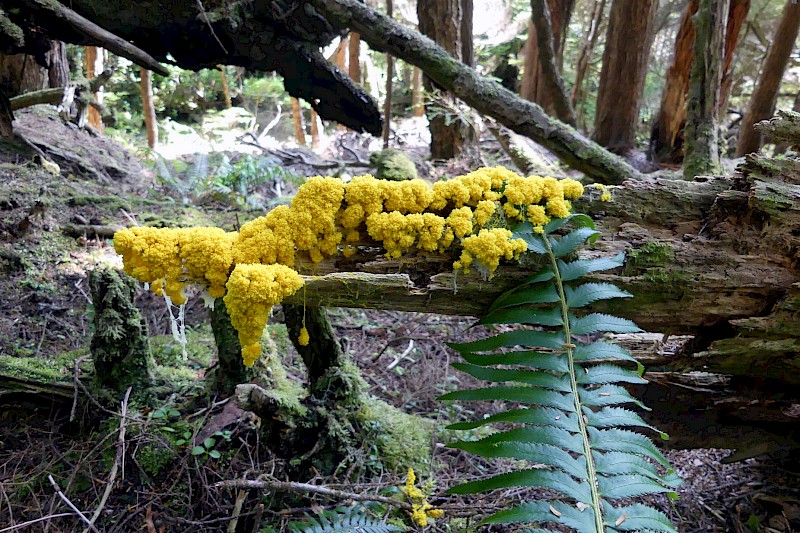 Slime moulds are eerie to begin with: despite being brainless collections of single-celled organisms, these weird masses — some form blob-like cushions while others form very organized shapes — can exhibit behaviour and “make decisions.” Dog vomit slime mould takes a generic lumpy form. It changes shape and colour with age, but still lives up to its disgustingly descriptive name at all stages and colours. 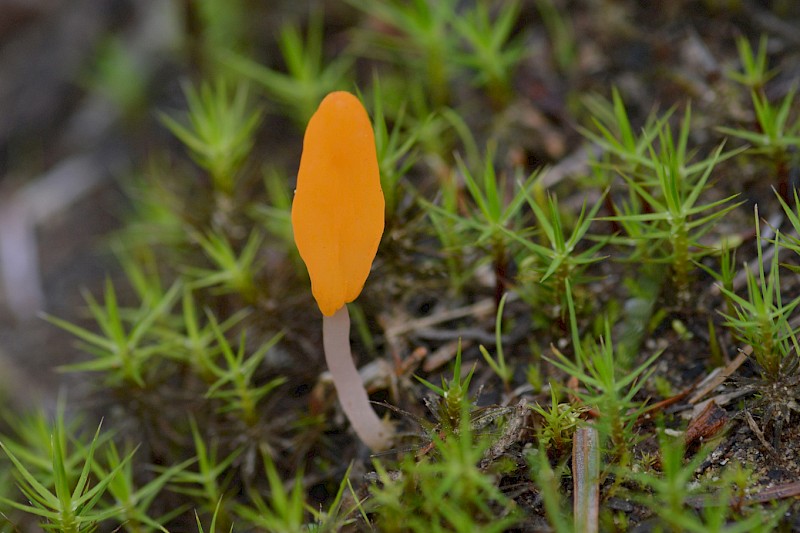 Swamp beacon belongs to a group of mushrooms known as earth tongues. This itself is a bit of a gruesome moniker, further increased by the slightly sinister visual of the luminous golden yellow fungus lighting the way through a dark swamp or bog (à la the Dead Marshes from The Lord of the Rings). Find this miniature beacon growing on decaying leaves in wetlands in spring and summer. 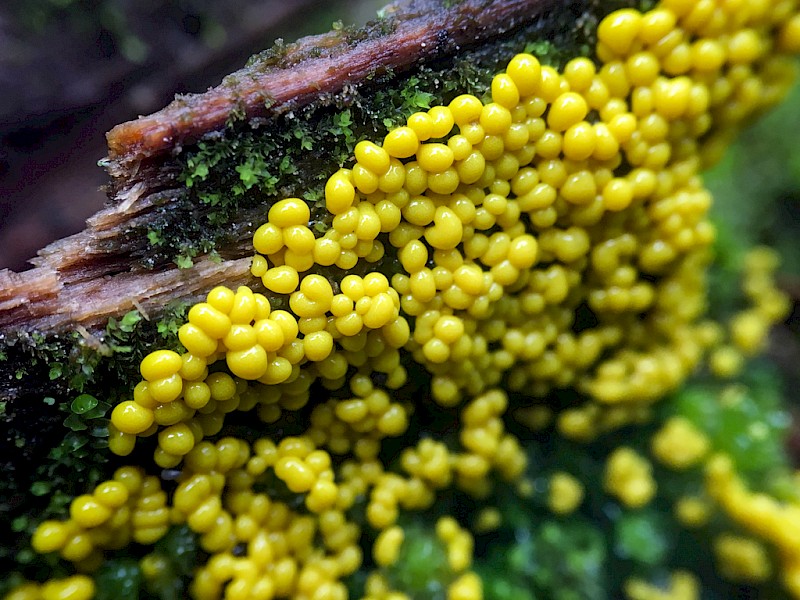 Photo: Jason Headley in Top of the World Provincial Park

True to its name, “insect-egg slime” looks like a slimy mass of yellow, orange or reddish-brown egg casings, waiting to burst open with some unknown wriggling or flying insect. Luckily for the squeamish amongst us that won’t actually happen, though these misleading clusters growing on rotting wood and dead leaves are still an unsettling sight. 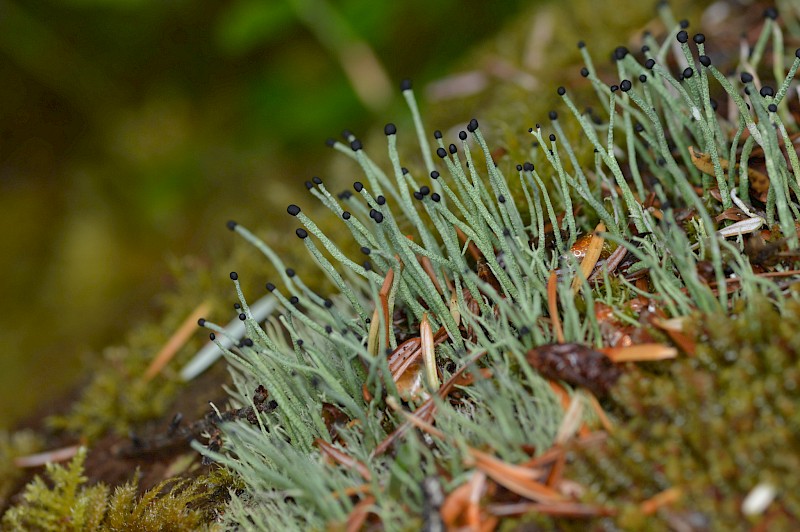 This spooky-sounding lichen grows on rock from a thin white crust; this one was found amongst mosses and liverworts in Strathcona Provincial Park. Rock-colonizing lichens such as this play a role in soil formation by loosening rock particles and settling particles on rock for other species to grow. 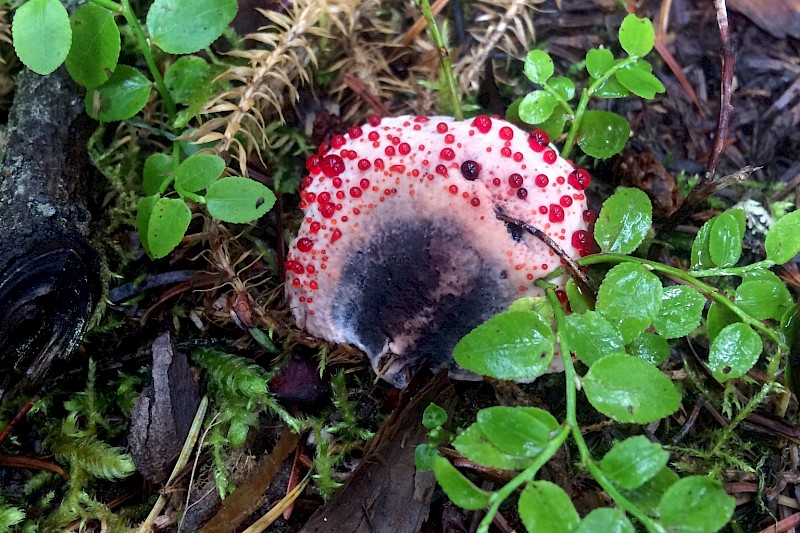 It’s a bloody mushroom! This is a red-juice tooth, also aptly known as a bleeding tooth fungus. This tendency to “bleed” a thick red fluid makes this mushroom difficult to miss or mis-identify — and a fitting fungal find with Halloween approaching. Fun fact: the process of “blood” droplets oozing from this mushroom is called guttation.

What other spooky species have you found?

Have you spotted any strange species while exploring in B.C.’s parks this fall? Take photos of your floral, faunal and fungal finds and share them on iNaturalist.org or the free iNaturalist app. You’ll get to show off your shots, get identification help and document biodiversity with the BC Parks iNaturalist Project. You can also join the project to share your ID expertise!

Download our How-To Guide to learn more and get started and tag your observations with #iNatBCParks and @bcpf on Instagram and Twitter to have your photos featured in our newsletter and social media channels.