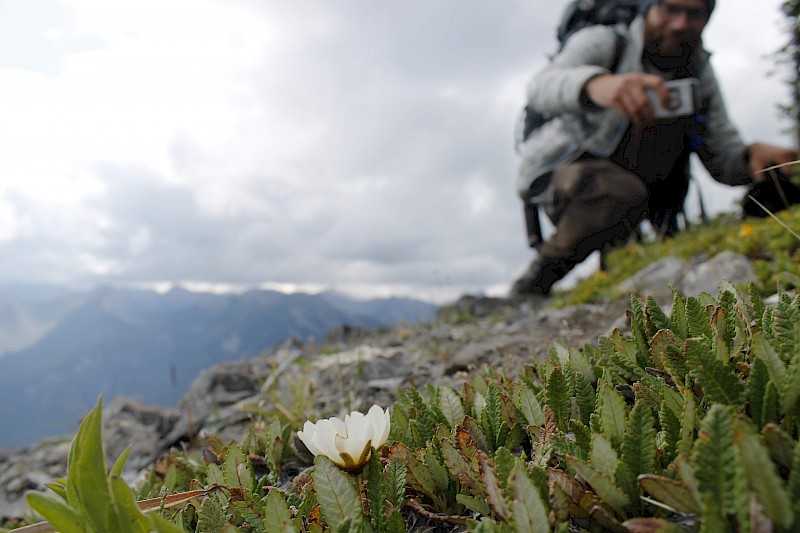 If COVID-19 has highlighted anything, it is how important nature and outdoor spaces are to a person’s physical and mental wellbeing, and how humans are impacting nature. Now, through B.C.’s Big Nature Challenge, the BC Parks Foundation and its partners are inviting British Columbians to get outside and get the health benefits of nature, while helping understand wildlife and nature.

To join the Big Nature Challenge, all participants have to do is take photos of plants, animals, fungi, insects, tracks, poop, or other species and signs of wildlife, and upload those images to iNaturalist, eBird or WhaleReport, either through a smart phone app or desktop platform.

The goal: collect one million observations of life in B.C. by the end of 2020.

“The natural wealth of our supernatural province includes some of the richest diversity of life on the planet, including species not found anywhere else on earth,” said Andrew Day, Chief Executive Officer, BC Parks Foundation. “British Columbians have the chance to do something really ground-breaking, something that could lead the world in showing the power of people acting separately, and together.”

Not only will every observation support management, conservation, science and research across B.C., but it will also help British Columbians learn more about life in one of the world’s most beautiful places. When a person comes across a plant or insect they are unfamiliar with, they can upload the observation to iNaturalist, and a team of identifiers, along with iNaturalist’s artificial intelligence technology, will help determine the species. Those focused on birds can use the eBird platform in the same manner. The boating community can log whale, dolphin, porpoise and sea turtle observations through WhaleReport. Every observer, and observation, counts.

B.C. has one of the planet’s largest systems of parks and protected areas, along with a greater diversity of life than anywhere else in Canada. By collecting observations when they are out exploring their local parks and neighbourhoods, British Columbians can build an impressive and accurate picture of the biodiversity across the province. In the current social media-era, many nature and outdoor enthusiasts already take photos when they are out exploring, so uploading is an easy extra step, and also means the one million goal is well within reach.

“Park closures due to COVID-19 gave a much needed breather to wildlife, whose numbers have generally been in steep decline over the past decades, and highlighted how little we actually know about our impacts on the world around us,” continued Day. “This is one way we can improve our understanding and help care for wildlife and their habitats.”

The BC Parks iNaturalist Project, a partnership between BC Parks, the BC Parks Foundation, Simon Fraser University, the University of Victoria and the Hakai Institute, will be paying special attention to observations taken within B.C.’s provincial parks. These observations will allow researchers to develop a deeper understanding of what parks in B.C. are protecting and ultimately inform management decisions that will enhance the integrity of these protected areas for generations to come. British Columbians who are exploring their local provincial parks are encouraged to take and upload as many observations as they can, especially as the usage of parks has changed since this time last year.

Another way British Columbians can get involved is through wildlife camera images. If a resident has a wildlife camera, also known as camera traps, on their property, they can upload those images to the iNaturalist WildCAM project, which are also counted towards B.C.’s Big Nature Challenge’s observation goal.

“Not only will you be part of a movement to observe and understand life on earth as never before, but you will also help inspire the world by showing how much British Columbians care about our beautiful backyard,” said Day.

Every observation captured and uploaded to an observer platform makes a difference. Learn more and join today at naturechallenge.ca.

Photo credit: Jason Headley for the BC Parks iNaturalist Project.

The BC Parks Foundation is on an expedition to create the best parks system in the world. Along with residents, visitors and other organizations, the Foundation is protecting, enhancing and sustaining B.C.’s world class parks, while inspiring and connecting people to them. Learn more at bcparksfoundation.ca.

In 2015 I bought myself a camera and decided to get out in the wilderness away from cell/internet range. As I slowed down and watched and listened, a whole new world appeared. The wilderness and its wild animals had many lessons for me. Nature nourishes and teaches us patience. Nothing in nature is rushed. It is divine timing: everything happens when it’s time.